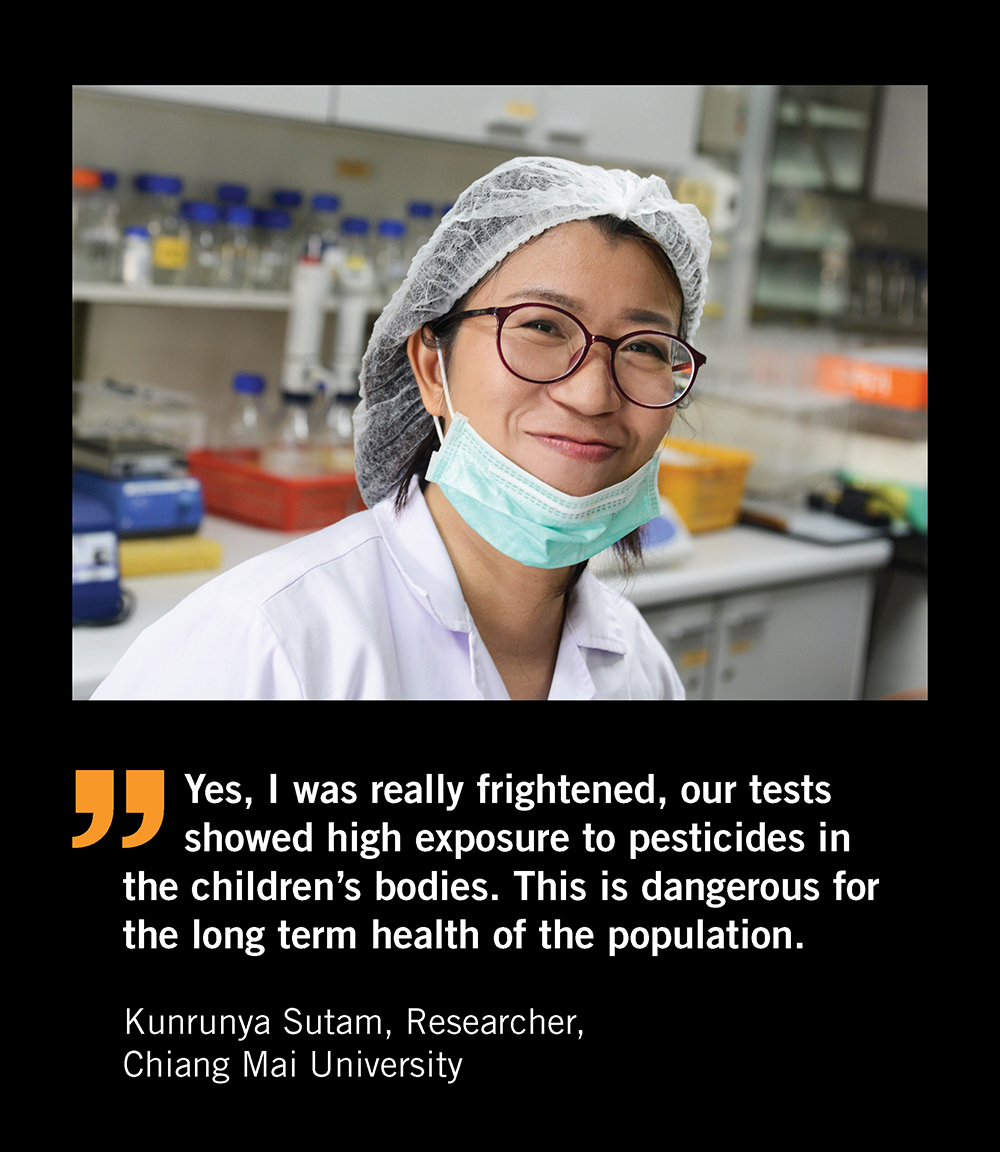 Film for the Swedish Chemicals Agency

“We did blood tests for the inhabitants of our community. Out of 109 samples, only 6 were safe. The rest were at risk,” Kampo Promat from Thailand recalls.

We met Kampo in the end of 2018, while producing a video for the Swedish Chemicals Agency about their project ”Towards a Non-Toxic South-East Asia”. This project lasted for 11 years in six Asian countries where chemicals are used and produced actively, but with insufficient regulation: Cambodia, China, Laos, Myanmar, Thailand, and Vietnam. Kemi has worked with legislators, educators, and local communities to promote the safe use of agricultural and other potentially dangerous chemicals. Global Reporting has planned and organized the shooting, conducted the interviews, developed the script, and edited the final material.

In this film, we gather experiences from farmers, industry, authorities, educators, and researchers: